What is the Difference Between a Cabaret and a Gentlemen’s Club?

So you may be wondering what the difference between a Cabret and a Gentlemans club is, read on to find out!

I know. I know! You never expected to get hit with a Shakespeare quote here, but hang on, there’s a payoff and method to the madness! Shakespeare said “A rose by any other name would smell as sweet.”  (“A rose is a rose is a rose,” not Shakespeare.  Gertrude Stein wrote that one! Seriously.  Don’t get me started!) Now to the point: concerning a rose by any other name.  What is the difference between a cabaret and a strip club? Aren’t they the same thing?

Close, but no cigar!  While both strive to entertain adults, there are definite differences between cabarets and strip clubs!

What is a cabaret?

A cabaret is a live performance, usually in a restaurant, night club, or small off-the-beaten path playhouse. While cabarets like to titillate and act sexy, there is no nudity. Cabarets like to think they are more “artistic” than strip clubs. They have  short vignettes or variety acts. Expect on stage singing, comedy, and dancing. A noteworthy point here is that there are no dance floors for the audience. They  are more theatrical productions with costuming, stage props, and backdrops.

While there are audiences in cabarets, the performers do not typically interact directly with patrons and there are never offers of one-on-one entertainment.

Cabaret performers are typically paid a salary or a percentage of the gate/ticket revenue. They do not work for or expect tips.

Compared to a strip club, a cabaret is like non-alcoholic beer. Like a toothless tiger. A snack instead of a full course meal!  Thunder without lightning! When you want it all, dash to a strip club and enjoy the whole enchilada, complete with side dishes! Cabarets allude to sexuality.  Strip clubs deliver it.

What is a strip club when compared to a cabaret?
A strip club is explicitly more sexual. Nudity and sensual dance movements by performers are the norm. Strip clubs fall solidly under the heading of “sex industry” while cabarets are more closely aligned to “theater.”

While schools, clubs, and playhouses might offer cabaret performances, they are never going to step into strip club performances!

Strip clubs offer many sexually stimulating services like  floor shows, lap dances, and personal entertainment. Strip clubs are not one trick ponies like cabarets, meaning cabarets have one stage as their central attraction. The Peppermint Hippo on the other hand, for example, offers 2 massive stages, private dance booths, private rooms, food, and a full range of alcoholic beverages. There are focal points of entertainment spread out across the massive facility. While cabarets have small stages, a few overhead light canisters, and a modest sound system, we blow your socks off with high amp state of the art sound systems, super traveling spotlights, tons of professionally rigged side and back light washes mounted on girders, and under stage foggers.

As the only gentlemen’s club on The Strip, we are an easy destination from all the major resorts and the downtown district. Additionally, our club offers free first-class transportation to and from.  We have a huge, well lit, close-in parking lot and an in-house, professional security team. For the ultimate adult entertainment experience come to the world-famous Peppermint Hippo! 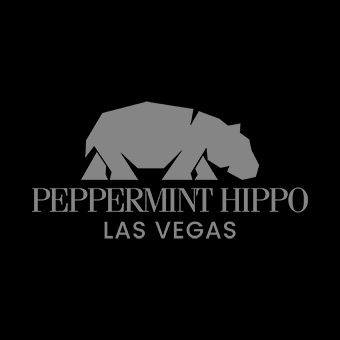 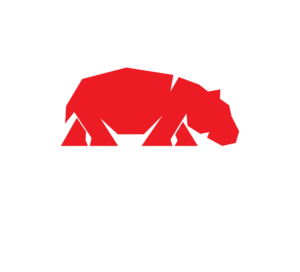